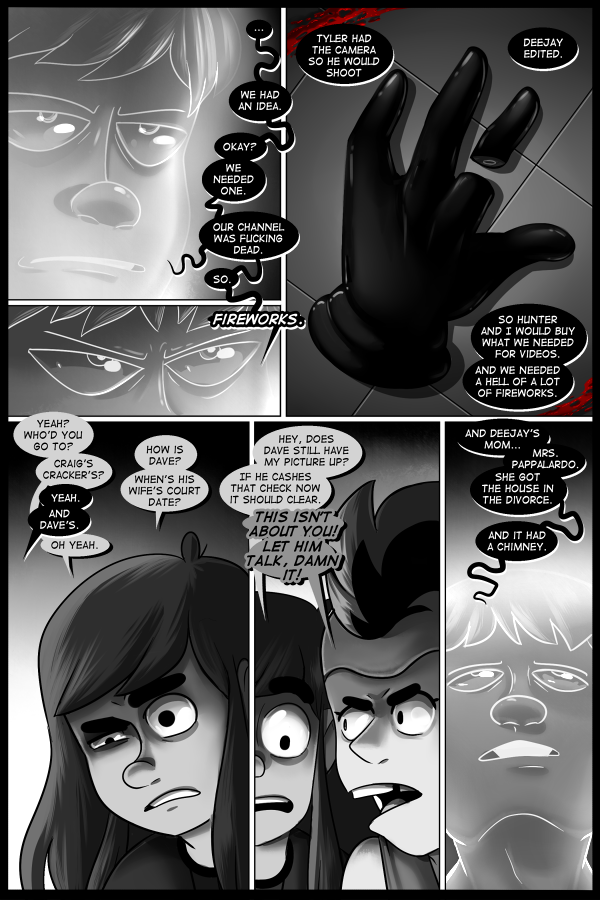 i havent started my national film registry review series because, up until yesterday, i had one desire: to simply watch these films on my large tv without being interrupted by internet distractions (or while drawing). that's it. my laptop is in a totally different room than the big tv and if i unplug it from the wacom my color and tablet settings get completely fucked up. please keep this in mind as you read this because that's what we were trying to avoid this entire time. i just wanted to watch on big tv without unplugging my laptop.

we were going to buy a big hdmi cable but they're a little more pricey than we anticipated, so we opted for a cat6 cable option instead. corona hit so we slowly waited for the hdmi adapter to come in. then boyfriend spent all weekend putting up the wires. then we tested it and it didnt work. no matter what we did it didnt work. it worked on other things. just not the laptop.

so we gave up on that, and decided to utilize the magic of the smart tv like we should have in the first place by using screen mirroring. all i had to do was use miracast to project my laptop screen onto the tv. but my laptop inexplicably did not have miracast and would not work. it should have. it's the right version. but i dont. so we can't so that.

i did find a very short hdmi cable though so i thought "what if i use what of my old backup laptops for this purpose" and dug one out of the closet, plugged it in and turned it on only for it to have a hard drive failure. when i opened it up it became apparent the hard drive failure was because there was no hard drive. i forgot i cannibalized it for my current external drive.

so i got my OTHER backup laptop out (both of these laptops are teetering on a decade/seven years old and are from college, im not some kind of trust fund child who keeps laptops around to snap over my knee dramatically when enraged) and can't find the power cord to it. i searched for hours. i still dont know where it is. it was a universal charger so not knowing where it is has sent me into a tiny anxious bubbling fury at myself for letting it disappear into the ether. it was a nice fucking charger! so now we cant use that laptop without ordering a new charger!

in a last ditch desperate attempt, yesterday i rebooted my computer and attempted to screen mirror again and it worked without any problems. anyway, all this to say im disavowing technology and im going to crush all my electronics with boulders and become a strega.