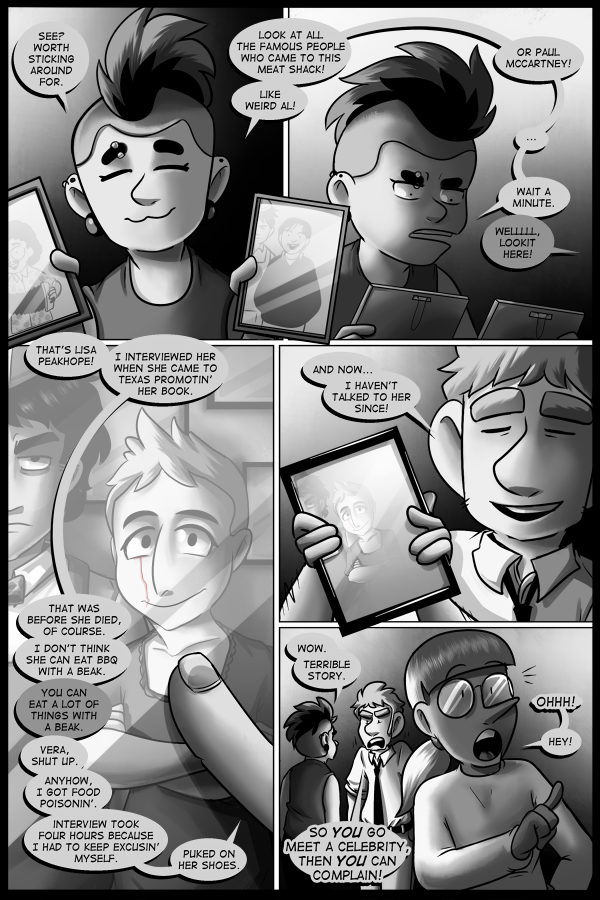 at LEAST 4 years amount of time ago, a patreon donor took the $25 tier. this tier (you might know if you are a donor...heh...just some inside knowledge) you can get a cameo of a character of your own, that's adapted to fit in the AGS universe. the character was the woman above, lisa peakhope, who was a food critic and chef prior to her death and a gameshow host after. she returned to the world of the living as a secretary bird harpy, a type of ghost commonly classified as a "therian" because they gain animal-like qualities after their death (danny the librarian from chapter 4 of the previous book would also be one of these!).

my intention was always "food critic huh....when i introduce maxine's hookup for black magic (the butcher shop) then i'll introduce her". turns out making webcomics takes a long ass time. turns out a natural progression for this kind of thing takes longer than you thought. thank you jasmine for being so patient with me while i inch my way toward fulfilling my sacred vow.

i am, if NOTHING else, a woman of my word and i WILL eventually introduce your characters.